Things Which Makes A Phone Intelligent-"Sensors"

Sensors play a big role in smartphones, improving its usability to a great extent. The integrated sensors have made these devices more than just a communication device. With these sensors, mobile phones act as a thermostat, GPS, air flow detector, and many other devices. The revolution of sensor has transformed a mobile phone into a the fact complete gadget. 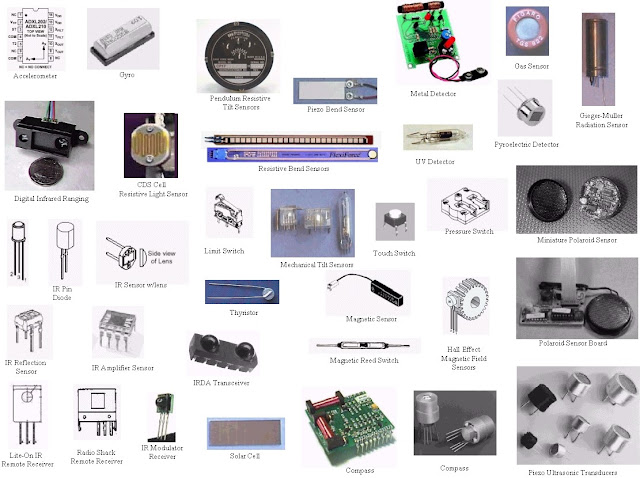 Listed below are some useful sensors used in mobile phones:


Proximity sensor: A proximity sensor in a mobile phone detects the presence of users’ body and deactivates the display and touch pad of phone when it is brought near the face during a call. What if a screen is active when the user is in a call? Yes, it will send unwanted input and may even cause calls to hang up at the mere touch of your cheek!  To avoid such incidents, proximity sensors are being incorporated in touchscreen phones. The sensor even helps save energy by switching off the display.

Accelerometer sensor: This sensor is incorporated to measure the acceleration of the device. In a mobile phone, a 3-axis accelerometer senses the orientation of the mobile phone and changes the screen orientation accordingly. It lets users switch between the portrait and landscape mode smoothly and neatly. Watching videos and gaming on mobile devices are now much more interesting – thanks to accelerometer sensors. In some phones, this sensor also plays a life-saving role, sensing the rate of change of acceleration resulted from a severe jerk from an accident. The sensor helps users make an automatic call for assistance to pre-assigned number, when they face severe and fatal jerk. 3D accelerometer helps in step recognition and is used for sport applications in a phone. It is also used for tap gesture recognition in the user interface for controlling music player and sport application. Nokia 5500 has 3D accelerometer feature.

Image sensor: Image sensor converts an optical image into an electric signal. There are two types of image sensors: charge-coupled device (CCD) & metal-oxide-semiconductor active pixel sensor (CMOS APS). CMOS APS is mostly used in a mobile phone camera to sense images. CCD is very good for digital imaging and is mainly used in professional, medical, and scientific applications, where there is need of high quality image. Some of the mobile phones also use CCD sensor for sensing images. Spice Mobiles has launched S-1200 with professional CCD sensor.

Tactile sensor: Tactile sensor is a device that is sensitive to touch, force, and pressure. Capacitive touchscreen phones use touch switch, one of the kinds of tactile sensors. Touch switches detect the presence of finger or hand as well as stylus.

Temperature sensor: iPhone incorporates temperature sensors for device safety. When the temperature sensor indicates that the phone has reached dangerous levels of heat that threatens the internal electronic components of the phone, it shuts down automatically. A warning symbol appears on screen and phone is switched off to get cool down.

Magnetic sensor: Magnetic sensor identifies sensitive element characteristics. In blackberry mobiles, magnetic sensor interacts with the case and deactivates screen and keyboard when the phone is placed in case. It also avoids unwanted input in the device as well as saves the power.

Intelligent sensors have made smartphone a complete device. The business phone and high-end multimedia phones segments are witnessing a trend of incorporation of more and more smart sensors to make the phone more intelligent, increasing its usability to a great extent. The day is not far when your mobile phone will satisfy all your technical needs.