If you were hoping Apple would break from tradition with its latest iPhone, well, today wasn't your lucky day. As expected, the company stuck with its "S-phone every other year" pattern, and pulled back the curtain on the iPhone 5s. Like previous S-series entries, the iPhone 5s looks almost exactly like its predecessor, only with a few upgrades thrown in. Here the big star of the show is the long-anticipated biometric fingerprint sensor, which Apple branded as Touch ID. 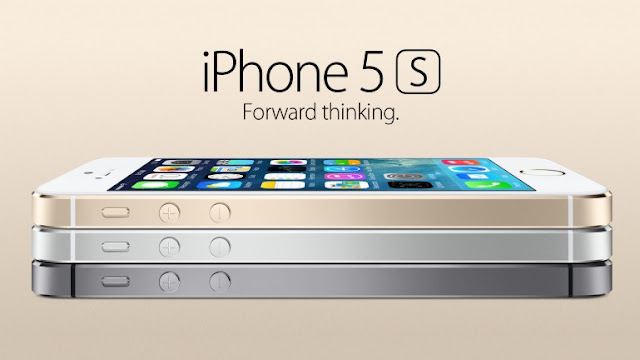 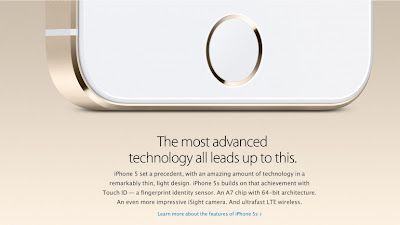 Touch ID lets you use your fingerprint to unlock your iPhone 5s. Layered into the home button (which is now covered in sapphire, with a stainless steel ring around it), you just press your thumb there briefly, and your phone will lower its virtual drawbridge and let you in. Anyone without your fingerprint will be out of luck. It's a very nice blend of security and convenience.

You can also use Touch ID to make iTunes purchases (no other payments appear to be supported yet). 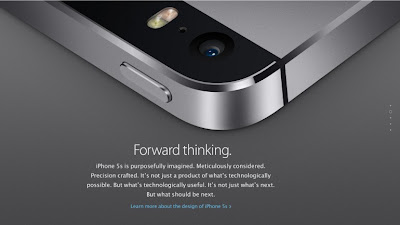 Touch ID may be the iPhone 5s' marquee attraction, but it isn't the only upgrade. The new iPhone also gets a speed boost, courtesy of Apple's new A7 system-on-a-chip. It's still dual core, but is now 64-bit, the first of its kind in a smartphone. iOS 7 has also been updated to run both 32-bit and 64-bit apps. According to Apple, the A7's processor and graphics are both twice as fast as those on the iPhone 5. Epic Games demoed Infinity Blade 3(apparently the last of the trilogy) to help show off the new chip's graphics.
Apple also added a separate chip dedicated to motion-tracking sensors, called the M7. The company says the new chip will measure whether you're exercising, walking, or driving. It will supposedly open the doors to a new generation of fitness apps. Third-party apps will be able to access the M7's sensor data.
The iPhone 5s also has a superior camera to last year's model. It's still 8 megapixels, but – like the HTC One – those pixels are now bigger. "Bigger pixels make better pictures," said Apple's Phil Schiller. The camera also adds auto white balance and auto exposure levels, and has a new flash that Apple dubs "True Tone," which aims to balance color tones. The 5s' camera picks up some digital image stabilization too.
The camera also now uses burst mode to take a series of shots, and iOS automatically chooses the sharpest one to use. It also records video in slow-motion, at 120 frames per second.
Apple didn't ignore the cosmetic either. Though the 5s looks mostly like the iPhone 5, it's also available in a couple of new colors. A well-leaked gold iPhone 5s joins the familiar white model. It also looks like "Space gray" is a new variation on last year's "black and slate" in the iPhone lineup.

Some companies like to unveil new products in dramatic fashion, only to leave pricing and release date hanging in the air, to be determined at a later date. Not Apple. The iPhone 5s releases on September 20. As of now, it doesn't look like there will be pre-orders available ahead of time. It will be priced at US$200 (for the 16 GB model), with a new two-year contract.

You may Also like :
How to check iPhone Fake or Not?