Angry Birds Go! is yet another installment from the most popular mobile gaming company "ROVIO". Perhaps being the most different from any other previous games released till date. 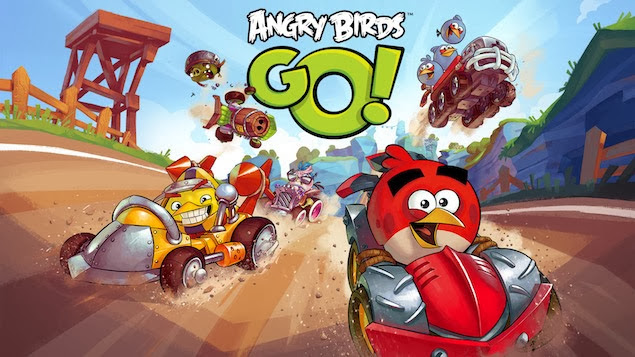 If we start speaking, the games is freely available on the leading mobile platforms like iOS, Android, WindowsPhone and BlackBerry

Angry Birds Go! is a free soapbox "kart" racer based game in the imaginary and fabulous world of Angry Birds, featuring old feather pals and grumpy pigs from the previous franchise.

Players from the game now play using the wheel of a downhill kart and race as Red, Chuck, Stella, King Pig, and other characters from the Angry Birds universe.

In Angry Birds Go! you see Piggy Island in glorious 3D for the first time ever as you race through speedways, canyons, stunt roads and air courses as your favourite character. There are over 50 soapbox karts to ride, and you can upgrade them by collecting bird coins or making a simple purchase. Telepod feature remains the same as per the previous instalment.