The dear platform of independent short video content creators is going to shutdown.

"Today, we are sharing the news that in the coming months we’ll be discontinuing the mobile app." announced Vine across all social media platforms and press.


Since its inception in 2013, millions of people have used Vine to laugh at loops. 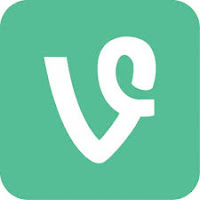 Many social media junkies disliked this decision of Twitter killing off Vine, soon the announcement was made.

The ultimate plan of Twitter is unclear yet, whether it is going to integrate the features of Vine to Twitter or is it because the downtrend of financial numbers for Vine is too hard to handle.

The popular internet media THE VERGE says "Vine never became the destination that Twitter had hoped for. Its co-founders gradually quit and Twitter was slow to invest in the property. The launch of the video of Instagram in 2013 blunted its growth and as with the rest of Twitter, its product added features at a glacial pace."


Lets see how the future unfolds!