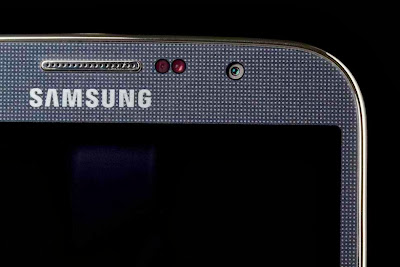 Dust and water resistant casing: Latest rumors indicate that the new phone will have many features that came with previous Sony Xperia such as water and dust resistance. These are new features that clients are users are putting interest on to increase security and lifespan of their phones. The cell phone cases will also feature a water proof design that will protect the phone even when it gets some water on its surface.

Stronger 64-bit Exynos six processor: Samsung galaxy S5 is also rumored to have a complete set of 64-bit Exynos six processor in 14 inch CPU architecture. This will make the phone faster than previous galaxy S4. The phone will further feature ARM large octa-core model of configuration enabled with Cortex-A53/A57 design cores. This makes the phone more effective and to use less power in all operations.

4.4 KitKat Operating System: Samsung Galaxy S5 will also come with an Android 4.4 KitKatOperating System. This is the latest operating system the Android is using on advanced Android Phones. The OS will be the first application in the galaxy phones and will make your phone twice as fast compared to the previous Samsung galaxy S4.

Fingerprint sensors: The new phone will come with fingerprint sensors for additional security. This technology is mainly targeted at rivaling iPhone 5S which has been a great success in reducing theft. The sensor in this case is intelligent and can be ordered to accept several people’s finger prints. This will allow you to share your phone with your closest person such as wife or husband.


Aluminum and shiny outlook: The design of the new Samsung Galaxy S5 is rumored to be made of aluminum and thereby making it stronger and resistant to breakages. This is also intended to improve the ultimate outlook after Samsung Galaxy S4 was a great success. It is also a response to people’s preference and demand for some change with phones that are shinier.

About Author:
Janelly is a life-loving girl, in particular, she likes fresh things and work in New York. Janelly has a lot of friends. Like to focus on amateur blog on tech products, so she Looking forward to the arrival of android phones.