Scientists at la Universidad Carlos III of Madrid (UC3M) have developed a system based on augmented reality that enables a professor to see notes or comments on the contents of a lesson and to see if the students understand explanations or if, on the contrary, they are having doubts or difficulties. 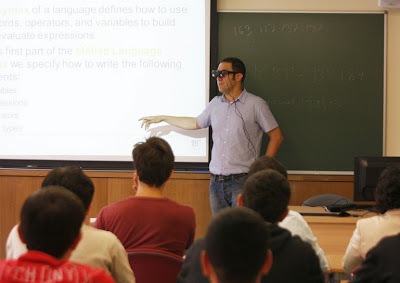 A side benefit of the system is that it gives students an excuse to fiddle with their smartphones in the middle of a lecture. Using a custom app, at any time they’re able to select one of several symbols. These symbols can indicate that they’ve understood an explanation, that they haven'tunderstood it, that they need the professor to slow down, or that they know the answer to a question posed to the class (although if they’re bold enough to volunteer an answer, they probably also have no problem with just raising their hand). 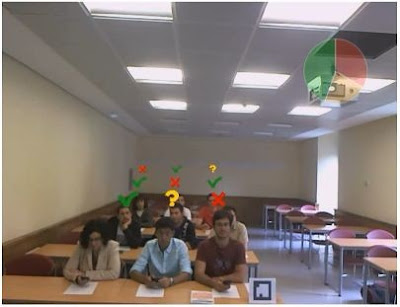 A sample output from the AR glasses

Using their augmented reality glasses, the prof is able to see the students, but they also see each student’s selected symbol hovering above their head. Conceivably, if they saw an “I don’t get it” symbol above a particular student, they could keep refining their explanation until that turned to an “I get it” symbol.

The system also displays a diagram showing how all of the students combined are following the professor’s lecture. This could be particularly useful in large lecture theaters, where counting and comparing all the individual symbols would be too daunting. 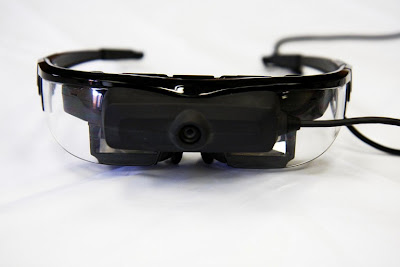 While the prototype glasses currently look rather goofy, it is hoped that the system could ultimately be integrated into a sleeker device such as Google Glass

Additionally, the prof could enter lecture notes into the system, which would appear to them at key points in their presentation.